OPEN!NEXT is a research project funded by the European Union that researches and promotes open hardware. It is intended to help users and companies to create hardware collaboratively and on the basis of open standards. Wikimedia Deutschland is one of the project partners. 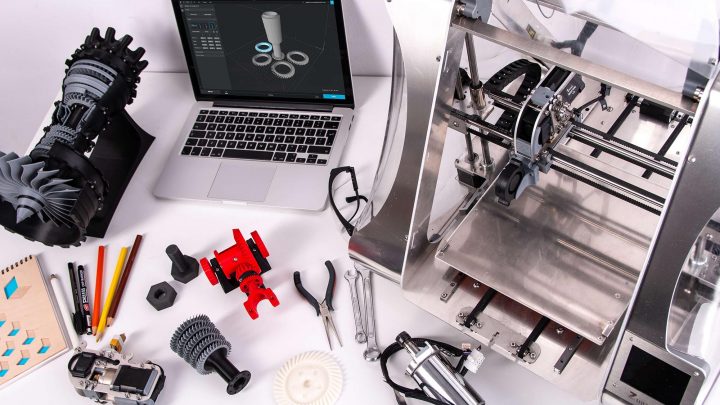 In recent weeks, the team around OPEN!NEXT and Open Source Ecology Germany has reached a milestone and established a standard for open hardware at DIN, the German Institute for Standardization. Jérémy Bonvoisin, Assistant Professor at the University of Bath, and Martin Häuer explain in an interview why the standard DIN SPEC 3105 changes the processes of open source hardware and also of standardization.

Elisabeth Giesemann: Why are you enthusiastic about open hardware?

Martin Häuer: I am particularly interested in the socio-economic effects of open hardware. Open Source Hardware raises the question of the ownership of technology at a higher level of abstraction. Who owns technology? Who has the right and the knowledge to produce machines? In my view, it is then of secondary importance who owns the individual machine.  If the knowledge of how to produce technology is free, it solves a lot of problems in quite an elegant way.

Elisabeth: How exactly do you define open source hardware?

Jeremy: Open source hardware products are products whose blueprints are made publicly available so that anyone can restore, repair, study and develop these products. This definition has been around for a while, but it was a bit imprecise. In DIN SPEC 3105, we suggested that this definition should be more precise and set a standard for it.

Can you give known examples of open hardware?

Jérémy: The best known example is the Arduino microcontroller. Other companies are also active in electronic hardware, such as Adafruit Industries LLC. Another great example is the humanoid open source robot Poppy.

Martin: The University of Bath’s RepRap 3D printer, which is partially self-replicating, has spurred a number of derivatives, making 3D printing technology available and affordable. The Prusa i3 is one of the world’s most popular 3D printers for home use. Open source products are probably best known in their respective domains. Safecast helped tremendously with the radiation exposure measurement directly after Fukushima. An open source MRI is being developed at the Physikalisch-Technische Bundesanstalt – which also raises interesting questions regarding a transparent healthcare system. The MNT Reform is the first open source laptop that can be used in modern work environments. The list is long.

Elisabeth: Why do you need a standard for open hardware?

Martin: It is our goal not to develop every machine ourselves, but to build an infrastructure that allows people to do it themselves. And, best of all, to get the established institutions on board. One of the first building blocks we addressed in this context was standardization. We at Open Source Ecology Germany also presented this to DIN, and they were interested from the very beginning.

Together with over 30 organizations from the OSH community, we were then allowed to write the first DIN standard in the open source area. It is also the first standard that can be used freely, which means it is open source itself. The standard can be freely used, distributed, developed further and modified. The feedback loops are thus significantly shorter than with classic standards; processes and decisions are kept very transparent.

Jérémy: This means that we were able to make progress not only for open source hardware, but also for standardization in general.

Elisabeth: What exactly did you standardize on hardware?

Martin: The technical documentation, in other words the “source” of open source hardware. With software, things are quite simple: There is code, it is published under a free license and that’s it. With hardware, things are more complex. I could publish a sketch of my machine, but that wouldn’t help anybody. Depending on the technology, you need parts lists, 3D models, and PCB layouts. All this, of course, in editable formats and under a free license. We have thus amended the generally accepted OSHWA definition with clearly verifiable criteria – and (hopefully) made OSH more compatible for industry and research.

Martin: The standard has two parts: The first part describes the requirements for technical documentation, i.e. what has to be included in the delivery so that others can continue to work with it freely.

The second part defines a community-based test process to check whether a specified product is open source – from the perspective of DIN SPEC 3105-1. As far as I know, this is therefore also the first officially standardized test process according to open source principles. Normally, these processes are normally in the hands of accredited certification bodies, but we wanted to avoid this potential concentration of power and potential bottleneck. Now a prototype can be documented “according to DIN SPEC 3105-1” in publicly funded research projects and thus make research results more usable for the general public. Citizen Science is the buzzword, when up to now, it has been a much more complicated process.

Jérémy: The question that the standard answers is the following: What are the documents you need to share so that someone else can reproduce your product? If you can share them, you can say: ‘My product is open source hardware’.

Elisabeth: Are there other differences to the normal standardization process at DIN?

Jérémy: The biggest difference compared to the industry standards is certainly that it is completely open. Other DIN SPECs are free in the sense that they don’t cost anything, but not open source. The exploitation rights remain with DIN. DIN SPEC 3105, on the other hand, is open source and can therefore spread and develop without any problems now. It is even partially machine-readable. Feedback loops have also been provided: if someone has any criticism towards certain parts of the standard, they should not hide this criticism. The documents are all publicly available in the Gitlab repository. Anyone can submit suggestions and contribute to the next version of the standard.

Martin: We simply didn’t know yet what the requirements for a bioreactor in Bangladesh would be. So we had to keep it in such a way that people from the field could give feedback and gradually complete the standard.

Elisabeth: Where else do you see parallels to Open Source in software and Open Data?

Jérémy: We want to help open source hardware achieve what open source software already is for software: open source is the basis of the digital economy. Without open source software, there would be no Internet. Android smartphones, all supercomputers and most small devices, such as routers, run on Linux. In normal, proprietary programs, between 40-60% open software is used.

Martin: Networked recycling management will only become possible when open source has found its way into mechanical engineering. I can’t repair or recycle my cell phone if I don’t know what’s in it. Nor can I develop a super cell phone from two cell phones because the companies block each other with copyrights and patents. If we want to solve major complex problems globally and sustainably – climate change, corona, artificial obsolescence… – then we have to cooperate. That is open source.

Elisabeth: What is the next step for OPEN!NEXT?

Martin: We are working on the technical infrastructure for open source hardware and on a version of the “Internet of Things”. Machines, components and their modifications are globally networked in the graph database. This makes it much easier to find and connect open hardware. A US community maintains a list of ventilators for COVID-19 crisis management. The list features about 140 projects, which probably did not know about each other before. This can all be done much more efficiently.

We are already working together with Wikimedia to achieve this. Our core technology is based on Wikibase, our data structure uses Wikidata, and Wikimedia is even an official project partner in OPEN!NEXT, so no wonder. Furthermore, a project for community-based certification of open source hardware is part of UNLOCK, the accelerator program of Wikimedia Deutschland. With this, we want to build a community of reviewers and bring the DIN SPEC 3105 into use.

Martin Häuer of Open Source Ecology Germany e.V. has convinced DIN’s committee and board to create an open standard for open source hardware.

Jérémy Bonvoisin conducts research at the University of Bath on socially and ecologically sustainable product development and open hardware.