An initiative by the International Council of Museums (ICOM) and Wikimedia Switzerland wants to help save Afghanistan’s rich cultural heritage. And anyone can support from their own laptop. In this interview, the ICOM team talks about the project and the situation in Afghanistan. 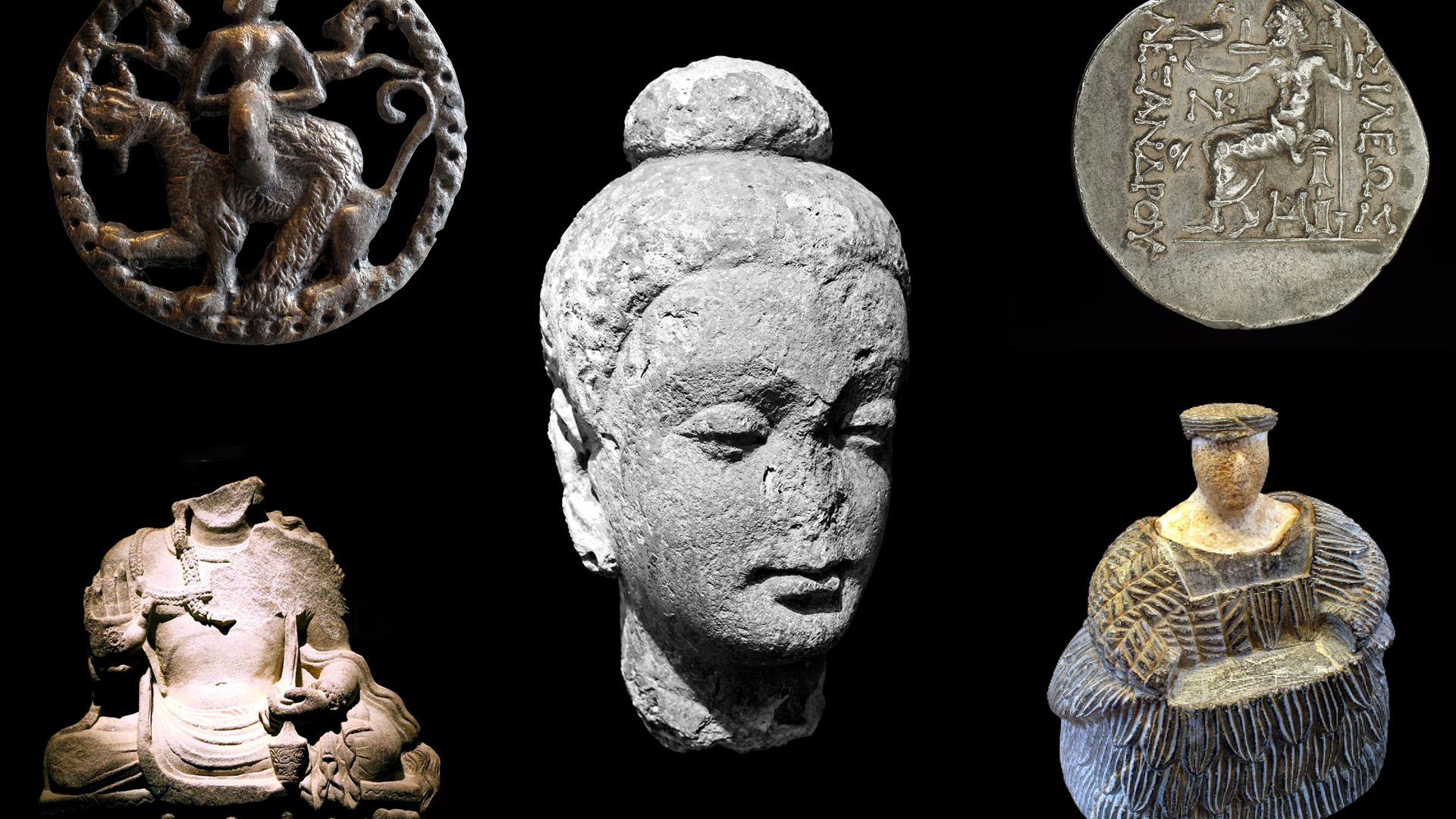 Since the return of the Taliban, the international community has watched with growing concern the events unfolding across Afghanistan. In addition to the humanitarian situation, the country’s rich cultural heritage is once again in danger. Vandals and thieves will profit of the instability to steal or destroy cultural heritage for a variety of reasons, including personal gain or political motivation. To protect it, we need to work together. With the joined forces of the International Council of Museums (ICOM) and Wikimedia, everybody can help, even from your laptop.

In this interview, Sophie Delepierre, Ted Oakes and Alexandra Fernandez Coego from ICOM explain what successes there have been so far and how people everywhere can also help save Afghanistan’s cultural heritage.

The Taliban got back into power in the summer of 2021. What does that mean for the cultural heritage of Afghanistan? What has happened in the country since then concerning the security of cultural artifacts?

Every conflict or disaster in the world means a threat to cultural heritage. The humanitarian and political crisis in Afghanistan in the summer 2021 is no exception and for this reason the international museum and heritage protection community has watched with concern the events unfolding in this country. Regarding the security of cultural objects, very little information has been confirmed but given the painful challenges the Afghan people have faced in the past to protect their heritage, the international community is prepared and mobilized to exchange available information to monitor the situation as it evolves. It is also the role of international organisations, such as ICOM, to act when such events occur and to raise awareness, and with respect to Afghanistan, most recently on 17 August 2021 when ICOM issued a ‘Statement concerning the situation facing cultural heritage in Afghanistan’.

What does the term cultural heritage mean in this case and why does it need to be secured?

Cultural heritage must be understood in a broad sense, it means that it must include all monuments (e.g. museums), sites, tangible and intangible heritage of humanity. All these aspects of cultural heritage are in danger, in particular from vandals and thieves who can profit of local and regional instability to steal cultural objects for personal gain or destroy cultural heritage for political or religious motivation. In fact, there is a variety of threats to cultural heritage that make it particularly vulnerable.

What is special about the cultural heritage of Afghanistan?

The recent developments in Afghanistan inevitably remind us of the destruction and looting of Afghan cultural heritage in the last decades. Many men and women who seek to protect the history of this nation have risked their lives in doing so; criminal organisations have profited from the sale of illegally excavated Afghan cultural objects; and heritage sites have been irreversibly damaged. Entire chapters of Afghanistan’s history have disappeared, and it is the duty of any international organisations involved in heritage protection – and indeed private citizens alike – to engage all necessary efforts to protect heritage. One of ICOM’s core missions is to actively fight the illicit traffic in cultural goods at international level so these objects are not lost forever to the black market, because these are not mere objects – they are a testimony of the collective memory and shared history of entire communities. The ICOM Red Lists are one type of tools developed to this aim.

How is determined what goes on the ICOM Red List of Afghan Antiquities at Risk?

In 2006, ICOM published the Red List of Afghan Antiquities at Risk, depicting the types of objects most vulnerable to illicit traffic and looting. The selection of objects is made following careful research and analysis of existing threats by national and international experts. For each Red List, the categories of objects are selected according to vulnerability, their demand on the international art and antiquities market and the extent of their protection by national legislation in their country of origin. In the case of the Red List of Afghan Antiquities at Risk, the listed objects include Bactrian statuettes, ivory sculptures, manuscripts, and Buddhist sculptures to name just a few categories. But Red Lists are not lists of stolen objects, most of the objects that feature in a Red List, including the Red List for Afghanistan, are inventoried objects from museum* collections, and have been generously made available to ICOM to illustrate the categories of objects at risk (in this case, the cooperation between the Kabul museum and the British museum was particularly remarkable). With these images and descriptions, is then easier for police, customs officers, auction houses, collectors and any other actors involved in the circulation of cultural objects to identify them and prevent their commercialisation without proper provenance documentation.

Over the past two decades, ICOM has published 18 Red Lists covering 57 countries in Asia, Africa, Southeast Europe, the Middle East, Latin America and the Caribbean.

This is just one example of return of Afghan cultural objects. In this case, the return was made possible thanks to the efforts of British authorities. But there are other examples of return of Afghan cultural objects in which the ICOM Red List has played a role in the necessary awareness raising and exchange of information about the vulnerability of the cultural heritage of this country at international level. Unfortunately, it is not always possible to measure such awareness raising. Regarding the current situation of the collections, ICOM has followed the publicly information about the reopening of the National Museum late November 2021.

An awareness project in which everyone can participate

Alexandra Fernandez Coego (Head of Communications and Public Relations) provides information about the project and its current status.

You are speaking of an “awareness project” – can you explain what you mean by that?

With the rise of social media and e-commerce platforms, illicit traffic transactions happen more and more often online. With this project what we aim to do is to raise awareness both on the danger that illicit traffic represents for the cultural heritage of Afghanistan, and as well as to raise awareness more broadly to internet users the type of threats that the cultural heritage of Afghanistan is facing. Wikipedia, being the world’s biggest database and encyclopaedia, came to our mind as a natural partner to achieve it. The outcome that we wish from this project is to increase the understanding of the categories of heritage at risk so that, if an internet user is browsing an e-commerce platform and finds a suspicious object, they will be able to recognise it and contact the authorities to alert them of a possible case of a list of traffic.

Can you tell us what has happened in the project since September 2021, when the joint call to action by ICOM and WMCH was initially released?

Since the beginning of this project, we have seen great interest in it. More and more Wikimedia chapters are relaying the information about the initiative, and it has also gathered quite a bit of media attention. In regard to the elements uploaded and modified across the wiki platforms, since September 2021 we have had 424 common uploads, out of which almost 300 are being used in articles.

Why is the collaboration with Wikimedia CH important for you and the efforts?

We have already collaborated with Wikimedia CH previously in different campaigns, such as International Museum Day, and the Chapter as well as the wider Wiki community have proven to be a valuable and strategic partner for ICOM in order to raise awareness on different cultural heritage issues. When thinking about what we could do to help the situation in Afghanistan, we thought of this collaboration with Wikimedia CH as a way to disseminate information of the ICOM Red List of Afghan Antiquities at Risk in a different way, by inviting the general public to get to know this vulnerable heritage and take action in protecting it.

What is the most difficult thing about the project at the moment?

The biggest challenge right now in relation to the project is of course to keep the attention of the public on Afghanistan. Headlines and news cycles can grab a massive amount of attention for a short time, but projects like this need sustained and constant support for a longer time in order to have an impact.

What can people here in Germany do that want to participate and help?

We encourage people to visit the action page of the project to see all the different options that they have for contributing, whether they are a seasoned wiki contributor or a total beginner. This ranges from creating, translating, or editing Wikipedia pages related to the categories of cultural heritage at risk to injecting and completing structured data in Wikidata.