Open and Fair! Questions on how to handle digital copies in collections from colonial contexts (Part 2)

Securing access to cultural heritage is a central concern of Wikimedia – and the digitized copies of collections in museums are one of the prerequisites for free knowledge – for example in Wikipedia. How to handle objects from the colonial past is of particular importance in this context. Part 2 of a series of blog posts. 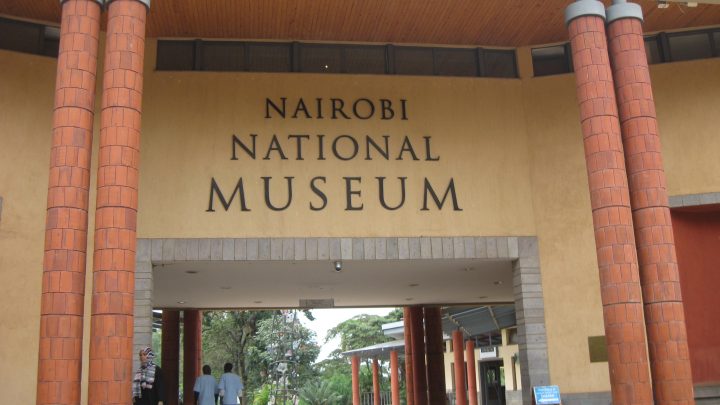 Juma Ondeng is the Keeper Antiquities, Sites and Monuments Western Region at the National Museum of Kenya and project partner at the International Inventories Programme (IIP). The IIP is an international research and learning collaboration around questions of how to make Kenyan cultural heritage/objects that are in the possession of US or European institutions accessible in Kenya. In an exhibition series “Invisible Inventories” that opened in March 2021 at the National Museums of Kenya, Nairobi, went to the Rautenstrauch-Joest-Museum, Cologne in May 2021 and in October 2021 to the Weltkulturen Museum, Frankfurt am Main, the IIP makes the results of its research available and opens a dialogue on the presence of these artefacts in Germany, their absence in Kenya, and the stories of their provenance. The project also aims to build a database of Kenyan objects held in institutions of the “Global North” to make them available and easily findable.

In the WMDE blog series addressing the role of digitisation in how institutions might deal with collections from colonial context, Juma Ondeng tells us more about the project, his insights, experiences and learnings.

Tell us a bit more about you? What do you do at the National Museum of Kenya?

I am currently the Keeper of Antiquities, Sites and Monuments Western Kenya, an administrative position that in the past used to be called assistant director. My job includes supervision of curators in charge of museums, sites and monuments in the western Kenya region. In addition to my administrative roles, I am actively engaged in research activities in the region and other parts of the country as well.

Tell us about the International Inventory Projects (IIP): what is it about? Why and how was it initiated? Why is it important?

IIP is a database project which has done exceedingly well in creating a database of Kenyan collections in the museums and heritage institutions in the Global North. The project brought together museums and art collectives to work together in ways that are complimentary to each other. It has partners from Kenya, Germany and France; The Nest Collective from Kenya, The Shift Collective from Germany/France, National Museums of Kenya (NMK), Rautenstrauch-Joest-Museum, Cologne and Weltkulturen Museum, Frankfurt am Main.

IIP was created to react to gaps in knowledge that existed then about the Kenyan objects that were outside the country. Immediately after the visit to Africa by the president of France in November 2017 where he declared willingness to repatriate objects back to Africa, there was a call by the Africa Council of Museums – AFRICOM– for member countries to send in their object lists. Not only was no such list available for Kenya, it became evident that no African country had such a list! The entities and individuals currently forming IIP, had an informal discussion in a workshop sponsored by the Goethe Institute Nairobi Kenya, to explore the possibility of creating one database for Kenya. That’s when a decision was made to apply for funding to work on a Kenyan database that would shed light on the extent of loss and work with local communities in creating awareness about objects that left the country since the colonial period.

The main objectives of IIP are as follows. First, is to build exchange relations and strengthen collaborations between NMK and participating institutions. Secondly, to generate a comprehensive inventory of Kenyan objects held in museums in Europe and North America. Thirdly, to exchange knowledge and information helpful in proper identification, labeling, storage and displaying of the Kenyan objects and finally to present an exhibition in three museums in Nairobi Kenya, Cologne and Frankfurt, Germany.

How did it work?

From inception, we made it clear that IIP was not a restitution project. We identified institutions with collections of Kenyan origin and sent out letters to them. I can say that a total of about 100 letters, or slightly more, were sent out. The response was as expected a mixed bag with successes and failures. As I write this, we have received databases from 32 institutions in 7 countries. The letters were designed collectively with all the team members agreeing on choice of words. It may be worth mentioning at this point that a big team like IIP was diverse, with different philosophical orientations, contexts and concerns, shaping individual approaches to the work we did.

Are there objects (and, as a consequence, digital surrogates) that shouldn’t be openly shared?

Of course, there are objects such as the Pokomo drum- the “ngadji” which was forcefully taken away from the Pokomo community of Tana River County, coastal region of Kenya by the British colonial administration. Pokomo revere this drum, it is the soul of the community and only a few initiated members of the community are allowed to see this drum. It beats logic why such a sacred object is kept in a museum! Yet it can’t be used in an exhibition.

What would be a good way to make sure they still are (digitally) accessible and can be found by their communities?

Greater involvement of the source communities is the key to resolving such problems. Cultures are never static and as people get exposed to different lifestyles and education, some of these prohibitions will definitely change. All we need to do is to work with the concerned communities. I am so sure, despite the cultural prohibitions around some of these objects, they are equally proud of them and would love to share their knowledge with the rest of the world especially if such formats could bring some rewards to help them solve societal challenges.

What has been your experience with the descriptions and metadata provided by the Western/global north institutions?

Most of the databases are full of factual errors, display a clear lack of cultural understanding of these objects and a good number contain derogatory words and descriptive terms. For example, the word Lumbwa, which was used during the colonial period by the British to refer to the Kipsigis community, is an abusive term which emanated from the treaty the community had with a British military commander and the treaty entailed cutting of a dog into two and shedding blood1. As expected, the British did not keep their part of the treaty because they used the peace time to ask for military reinforcement and finally subdued the Kipsigis through a punitive military expedition. The database is full of such tales!

What are your personal learnings and experiences from the project?

This project has been an eye opener to various atrocities committed during the military occupation of present-day Kenya because that is how I see the entire colonial enterprise. In the past when I visited museums in the global north, I used to concentrate more on the way African objects and others were displayed. I concentrated on reading exhibition texts too. This has been changed by IIP. I am more interested in how the African objects in exhibitions and storage depots left their communities of origin. Having studied the various ways through which these objects left the continent, I have come to a conclusion that we are looking at objects that were taken away through gross violation of human rights in the continent and no one is being held accountable just because this is about Africa, Asia, South America, Aborigines and indigenous communities in Americas, the Pacific and Oceania. The net effect of this project is this: objects that left Africa through violence, changed legislations and religious conversions are all products of war and thus should be returned to communities of origin.

Digitization of cultural heritage is an idea whose time has come. Given the time period when some of these objects left the continent, and memories of objects lost, including knowledge of production, it would be good to make such collections accessible to the younger generation in Africa. As a population that is growing at a time when technology has enabled so many global interactions and connectivity, a database of colonial context can help widen access to such collections. If the global north leaders are equally serious about restitution as a way of correcting the past wrongs, they should support such initiatives financially and help communities of origin access the final outcomes.

What would be needed globally to support this kind of work in a sustainable and effective way? What role do you think Wikimedia projects could play in the process?

Partnerships are the best way to create sustainable and effective ways to support projects such as the IIP. By partnering with national players in the sector, each country can develop a greater ability to create and maintain databases relevant to its jurisdiction. A global partnership of national partners working on databases that can be linked in some format agreeable to all parties can widen access to information and help bridge the gaps currently existing. Look at the work done by IIP, we have been limited by the funding cycle. The project began in November 2018 and is set to end by March 2022. If Wikimedia was to partner with IIP as currently constituted or reconstructed, we could continue with this database project, widen it to include other partners in east Africa and finally create a pan African partnership focused on online databases.

Other parts of this series:

Open and Fair! Questions on how to handle digital copies of objects in collections from colonial contexts (Part 1)