Tech for Good? Only with Open Data!

Many technological initiatives are currently being developed to deal with the Corona crisis. By using open data, the programs and Apps will be transparent and accessible to everyone. This ensures that citizens benefit from the innovations. One such knowledge platform with open data is Wikidata. 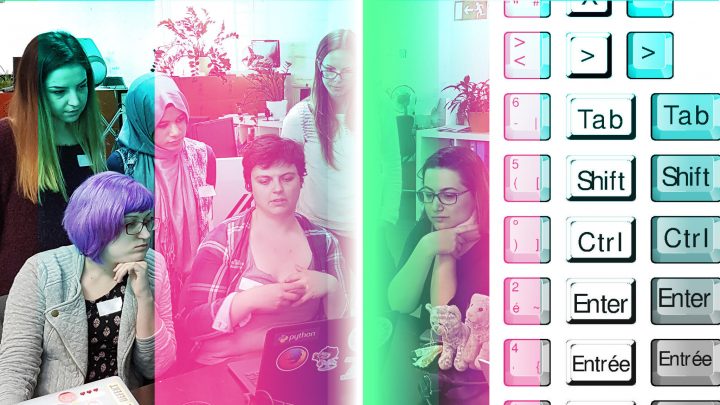 “To exit Corona, click here!” – Technology is taking on a new role during the Corona crisis. The large number of participants in hackathons such as the WirVsVirus Hackathon of the German government shows the strong motivation to contribute positively with technological expertise. Citizens, public institutions and companies are developing prototypes for programmes such as digital neighbourhood help, better organisation of online lessons, or anti-hamster apps.

All of these applications have one thing in common: they all promise to solve social, economic and health impacts of Covid-19 through technological innovation. But this leads to a problem that Evgeny Morozov described as “tech-solutionism” in his classic critique”To Save Everything, Click Here“: rarely do complex social problems have such a simple and clearly identifiable cause so that can be overcome by an algorithm or an app.

Surely, many of the difficulties we are currently facing can be improved with digital technologies by making processes simpler and more effective. However, social disadvantage and discrimination, access to education and resources such as health care depend on many complex circumstances. In addition, the corona crisis and the contact ban also affect different groups with varying degrees. The long-term consequences of technological interventions are therefore difficult to predict.

In order to render these processes of innovation truly beneficial, technologies must be produced in a participatory manner. Open data and open source code can guarantee transparency in the development of digital tools. They also help to ensure that innovations can be used and further developed by everyone. 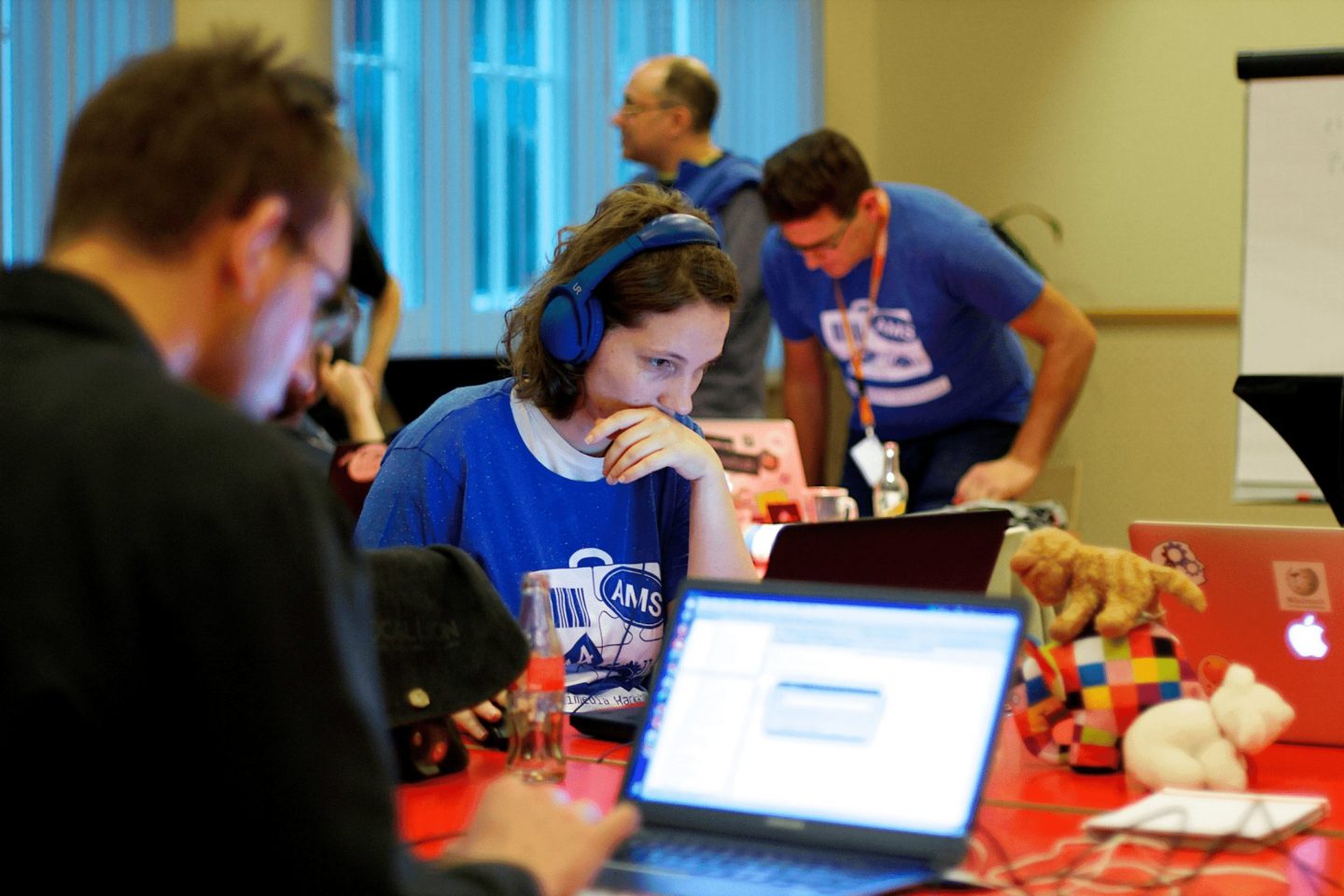 Open data guarantee transparency and broad participation in the development of technological innovations.

The limited world of data

A majority of apps are based on the collection and analysis of personal data. Data promises an objective view of truth and facts. This leads to the assumption that with the use of algorithms, we can overcome social crises. However, the truth of the data collected in this way is never complete, it always represents only a small part of our reality, many perspectives are severely underrepresented. More and more often we notice that our technologies exclude people. The author Caroline Criado-Perez has shown in her book “Invisible Women” that data on women has been underrepresented for decades in design processes of everyday objects, infrastructure and also technology. Similarly, social minorities such as People of Color and the cultures of the Global South are ignored in our Eurocentric world view.

This can lead to further disadvantages for people who are already marginalized. As a result, their lifestyles are sanctioned more severely. We have to ask the important, if inconvenient question: Can everyone benefit from digital education, or are children from financially disadvantaged families now cut off even more? What new problems arise for the compatibility of childcare and work when parents work remotely? How will the increased accumulation of location and contact data affect the lives of refugees and people with temporary residence permits?

Data silos and the crisis

Tech companies and start-ups present technological innovation in the form of tracking applications and citizens willingly share their data. This increases the dependence on companies that build closed data silos. At the same time, the groups that are ultimately supposed to use the technologies often have completely different economic and social backgrounds and demands. Also, data that is proprietary – that is, closed and for commercial use – is always a means of control. Companies are increasingly taking on space and responsibility in fields that are fundamental parts of social life such as healthcare, science, and digital education. But what do we lose if essential parts of our communities and our social life lie in the hands of companies?

The government also strives to benefit from technological innovations to protect the population. Under this premise, there is also a growing willingness to give the executive branch more leeway. So the question also arises as to what effects the crisis will have on our democratic system.

At the same time, the discussion about the benefits of the technological intervention is based on a simplified dichotomy, that means two seemingly mutually exclusive alternatives. In the handling of personal data, the argument for privacy is often played off against a striving for innovation and freedom. In this discussion it seems as if there are only these two options. But we do not have to decide. Openness and transparency enable standards for privacy and innovation at the same time and thus a self-determined use of technology. These technologies are largely based on Linked Open Data. 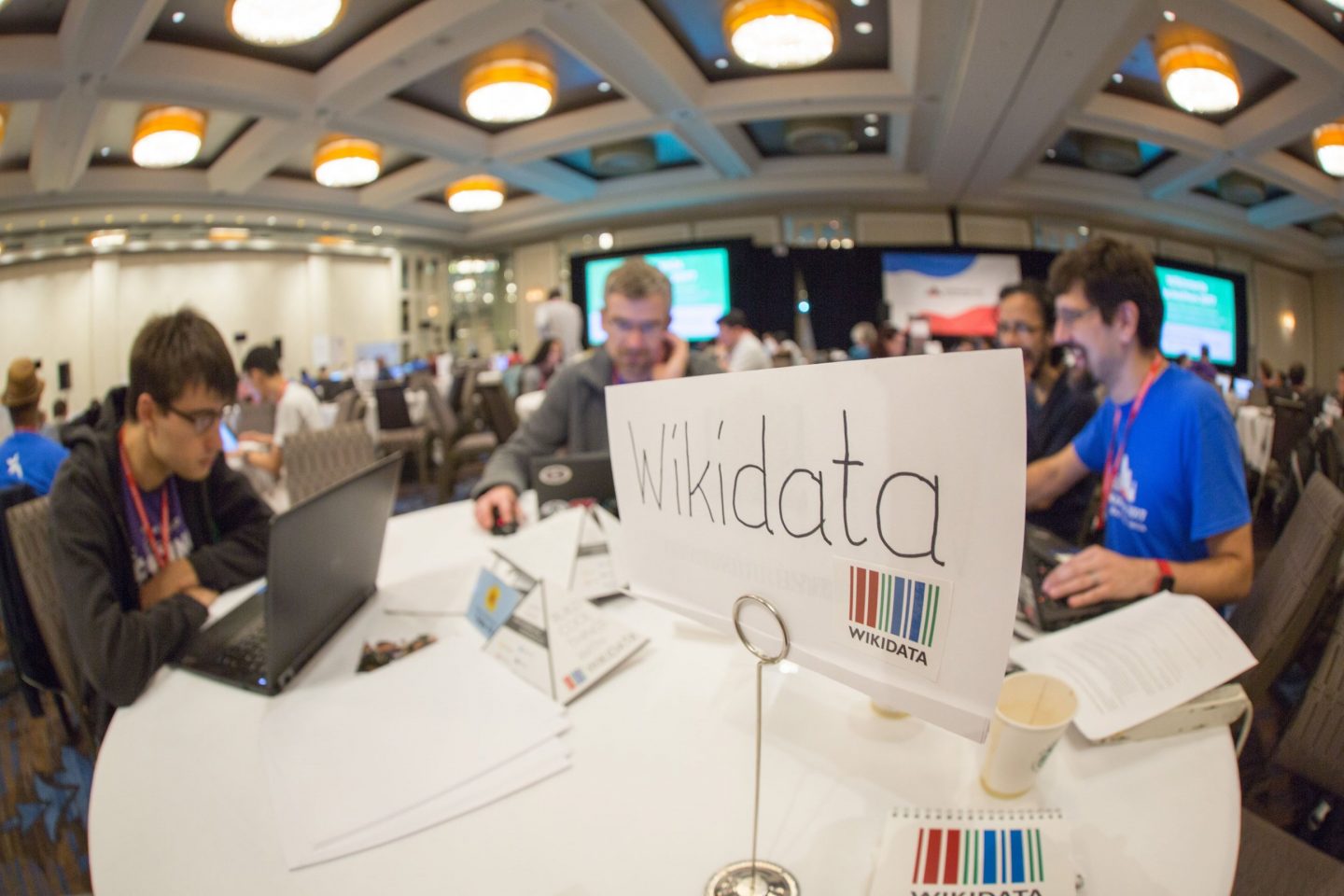 Linked Open Data is the combination of Linked Data and Open Data: the data are linked and have open sources. Linked Open Data is one of the cornerstones of the Semantic Web. This idea was developed by Tim Berners Lee, the inventor of the World Wide Web. The Semantic Web is about creating links between data sets that are understandable not only to humans but also to machines. In other words, Linked Data describes a set of design principles for sharing machine-readable, interlinked data. This is how things, events, people, and places are linked in the Semantic Web.

The Linked Open Data project Wikidata is the world’s largest open and freely editable data structure of its kind, with over 80 million records. The sister project of Wikipedia already serves as an important basis for many central programs and apps. The knowledge available on Wikidata is linked and machine readable. It is used by neighbourhood initiatives or disaster control, supports the creation of educational material and visualizations of dissemination and research on Covid-19. And all this without commercial exploitation of the data from Wikidata. Linked Open Data on Wikidata is available to everyone, not only to companies and government institutions. Wikidata’s Semantic Web is both global and local.

The government is also increasingly advocating the use of open data. A few weeks ago, the federal government of Germany conducted a survey on their data strategy, in everybody could participate. Wikimedia Germany is therefore demanding easier access and more legal certainty for digital volunteering. Civic involvement also requires constant support for experimental spaces, such as those currently offered by the Initiative Jugend hackt or the Code for Germany labs. This is only possible because these initiatives work together rather than against each other.

When creating new digital tools, it is essential to keep in mind the diversity of society and to involve the various target groups in the development process. Otherwise, there is a risk of proposing “solutions” that ignore social dynamics and increase inequalities. Open data breaks down the silos of information that exist between civil society, companies and institutions. Linked Open Data enables collaboration rather than accumulating data in proprietary silos. Thus, groups traditionally excluded from the development of technology are given a chance to influence it. Open Data and open source code also guarantee transparency in development and ensure that innovations can be used and developed by anyone and everyone.