Walking the walk – Working together for a global movement

Two international workshops took place at WMDE in November: The “Volunteer Supporters meeting” and the “Partnerships meeting”. Read about them here.

The meetings were part of the follow-up work between the annual Wikimedia Conference. The Volunteer Supporters Network meeting was the first of its kind, while the first Partnerships meetup took place last year.

Despite the local differences across the Wikimedia movement, there are a number of topics that are essential for all affiliates: supporting volunteers and engaging in partnerships are two such topics. The idea behind the meetups is to keep the international exchange alive – also between large international events like Wikimania and the Wikimedia Conference: to exchange best practices, learn from each other, consider joint projects and what it means to be part of global movement.

A growing number of affiliates have employed a person to focus specifically on volunteer support. This can be a demanding job since Wikimedia volunteers are diverse and include people from all walks of life with differing interests and need for support. Being the only staff member for volunteer support can sometimes feel a little lonely in the sense that the volunteer supporters in their own country often are the only ones working with that specific task.

Over the years, a natural cooperation has developed between the volunteer supporters in the chapters related to the German Wikipedia, and the Volunteer Supporters Network (VSN) has grown out of this existing cooperation. Therefore, Veronika Krämer (WMDE) and Raimund Liebert (WMAT) hosted this first VSN meeting. For the past years, the two of them have worked on sharing their own experiences, and learning from others, for example by giving talks at the Wikimedia Conference and Wikimania about their work. In 2016, Veronika also participated in the first WikiConvention Francophone, and in 2017 at the CEE meeting in Warsaw. Through this she got to know her French, Polish and Serbian colleagues, who all turned out to be interested in the idea of a network for volunteer supporters.

The workshop focused on an exchange of experiences and challenges from the participants’ daily work, like how to best reach out to communities. The difficult question of “what is successful volunteer support – and how is it measured?” was discussed. For example: how do you show that you have contributed to motivating volunteers? The participants also worked out a list of tools and skills needed to improve the impact of their work.

About the outcome of the workshop, Veronika says: “The most important thing is probably that people know each other now, and feel comfortable asking each other questions. We know what each other are working on, and can ask for input and help.”

You can find more documentation here. The Volunteer Supporters meetup is planned to take place again next year, possibly in Austria or France.

Besides participants from different European, northern latitudes, participants from Ghana, Indonesia, Brazil, and Israel had bit the bullet and said yes to travelling all the way to Berlin in November. Thereby the group was geographically more diverse than last year. 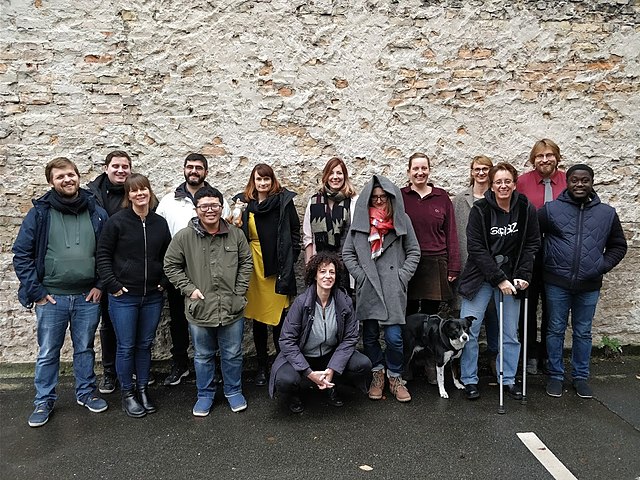 It was clear from the outset that the new Strategic Direction would play the central role in the workshop, because it deals with the Wikimedia movement as part of a wider ecosystem of free knowledge, and thereby speaks directly to working with partners. In 2016, the participants of the Partnerships workshop formulated six visions for Partnerships in the Wikimedia movement. This year, these visions were used as a point of departure for interpreting the Strategic Direction.

The participants all seemed eager to find out what the Strategic Direction will mean for their everyday work, and most importantly: to not only talk about it. As Nikki Zeuner encouraged before the workshop: “you have to put your money where the mouth is, walk the talk – get the boat in the water, climb the mountain! – there’s all kinds of ways to say that”. In other words, the participants were, and are, looking forward to actively influence the change and planning processes of the Movement Strategy Phase II.

Over the two days, the group drafted a statement. It’s currently being finalised and will be published in January, 2018. The statement is intended as an invitation to discuss a number of questions relating to partnerships, and pertaining to four themes distilled from the workshop discussions: ‘Alignment and Diversify’, ‘Resources and Structures’, ‘Collaboration, Learning & Sharing’, and ‘Trust and Culture’. 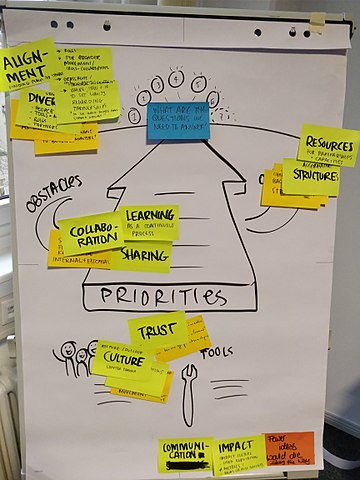 While the main part of the workshop focused on drafting the Partnerships statement and next steps, a couple of topics came up as possible program elements for the Wikimedia Conference 2018. An example of such a topic was the possibility of analyzing the information from the affiliates’ many evaluations and reportings about partnerships, in order to develop a tentative applied research framework on partnerships in the Wikimedia movement. Such a framework would help to develop a shared language, share promising practices and identify what makes free knowledge partnerships work and have impact.

You can find documentation on the work process here. Stay tuned for the Partnerships Statement and Phase 2 Movement Strategy discussions.

An outlook to the Wikimedia Conference 2018

The two meetings illustrate the breadth of the Wikimedia Conference program: from the daily experiences of volunteer support to discussions on what role the Wikimedia movement could or should play in the wider knowledge ecosystem.

Cornelius Kibelka, the Program and Engagement Coordinator of the WMCON, who has supported the organisation of the two meetings, says:“My job has been to motivate people and provide some practical support in order to make these meetings happen.” This has been uphill at times because, as Veronika notes, “there are also other things to do…”.

The two meetings prove that it has been worth the climb though: it makes sense to increase the collaboration between affiliates and in turn hopefully strengthen the Wikimedia Movement. Cornelius: “The impact that we’re hoping for is to build trust, stronger connections between affiliates, and stronger cohesion in the long run.”