In June, the virtual Wikidata weekend took place where 30 members of the Wikidata community met to get to know Wikidata and support each other in programming with open data. We introduce some of the participants and their projects. 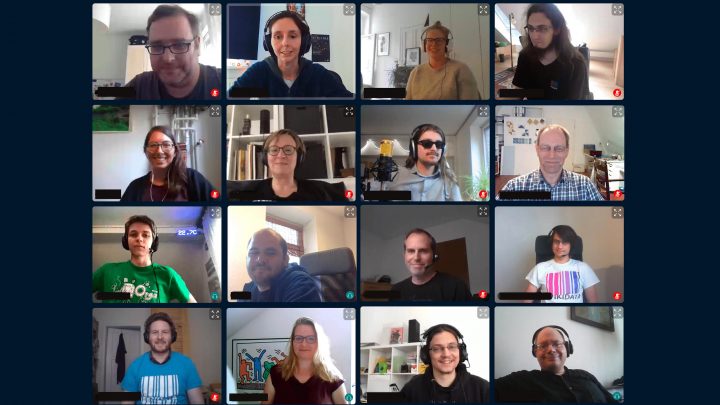 Due to the Corona crisis, the weekend took place virtually rather than at its originally planned venue, the “Verschwörhaus” in Ulm. Together with Merle von Wittich, Project Manager for Idea Promotion, Léa Lacroix, Community Manager for Wikidata took over the organization of the weekend and transformed it from an analogue into a virtual event: “Even though it was clear that we couldn’t be on site in Ulm, we wanted the weekend to take place. So we asked ourselves what the community needed in order to collaborate virtually in the best possible way and how we could bring the social elements of the event into the digital space”.

On the platform venueless, participants were able to watch presentations featuring Wikidata queries using the SPARQL programming language, hacking with Wikidata, and how Wikidata is linked to other Wikimedia projects. However, the focus of the weekend was on working together on projects and getting the support of the community in case of questions and problems. On Friday evening and Saturday morning, the participants were able to share their ideas and win support from other Wikidata contributors and Wikimedia developers. For this purpose, they could open digital rooms on the platform and meet easily and spontaneously in video calls.

Julia, Christian and Robert told us about their projects and experiences during the Wikidata weekend: 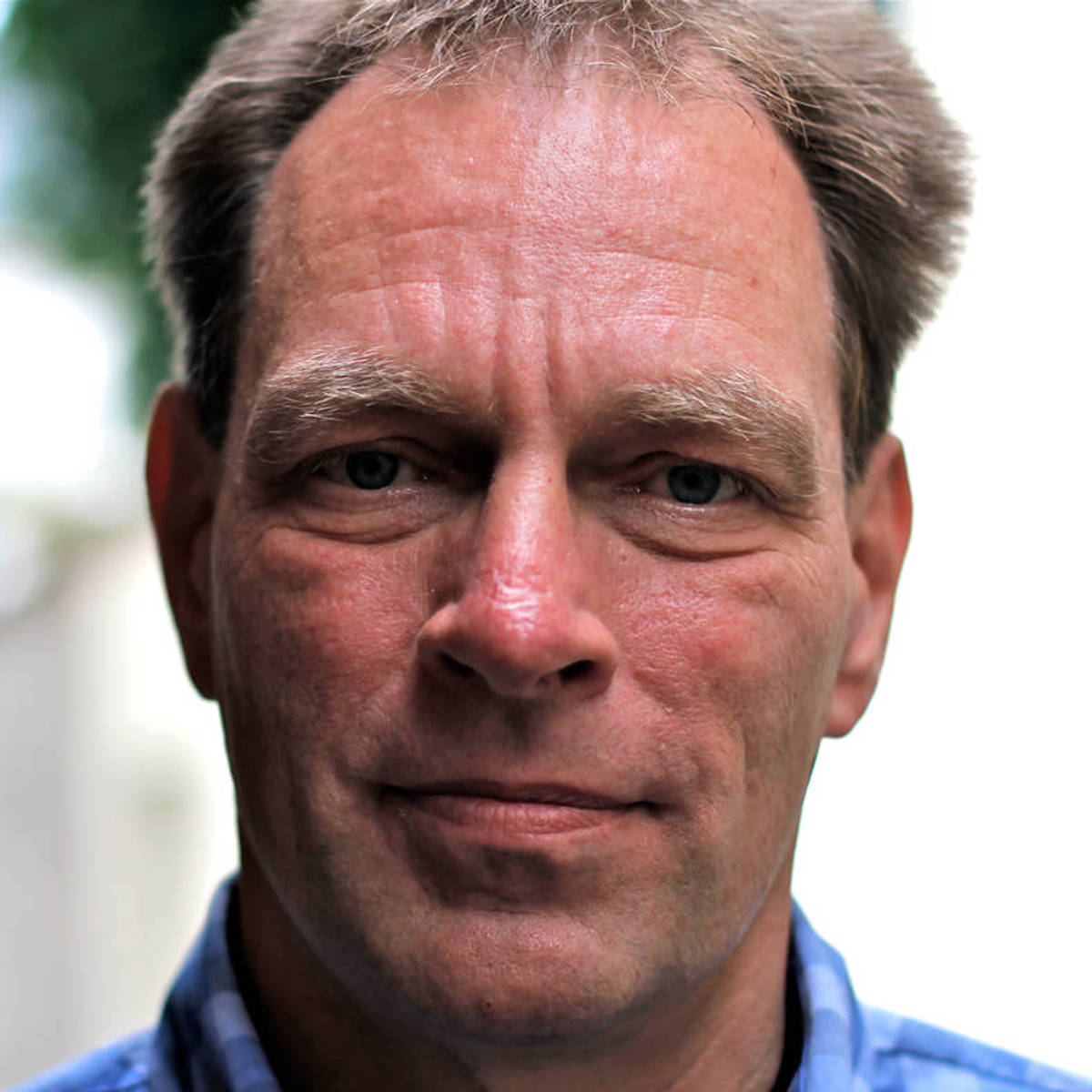 “Computer science is my passion”, says Christian, who participated in the Wikidata weekend for the first time. Christian develops data visualizations for business newspapers and also has a heart for open data and open source. Since he didn’t find the visualization of the Corona cases in the media clear and informative enough, he developed his own visualization based on data from the Johns Hopkins University and the Robert Koch Institute. The browser app is supposed to display the case numbers mainly over time, so that you can see and analyze developments yourself.

Christian has improved his app with Wikidata. Among other things, he was able to retrieve the flags of countries from Wikidata. In the future, the number of inhabitants will also be taken from Wikidata, so that an illustration of the percentage of illnesses and recovery over the course of time is also possible. Christian also plans to display the names of the countries in the respective browser language.

He has treated his app project mainly as a hobby that enables him to get to know new technologies and the possibilities of Wikidata better. Therefore, it was convenient for him that the weekend took place virtually, because he probably would not have travelled from Lübeck. At the same time, the virtual event was also a challenge for him. “When I hack, I have to concentrate. It’s difficult to communicate so much on the computer to see what’s happening in individual rooms.” However, the manageable number of participants was very helpful here compared to his experience at the WirVsVirus Hackathon of the German government.

Christian also exchanged ideas with others in the community in order to understand the structure of Wikidata. “I’ve been programming for twenty years and am therefore rather an old hand. In order to quickly find my way around Wikidata, it was still good to have the weekend. I didn’t even have to ask for help, I was contacted directly via Telegram.”

The browser app CoVID-19 Charts shows corona cases over time. The flags and country names are taken from Wikidata

Julia: “For me as an autodidact, the virtual format was ideal” 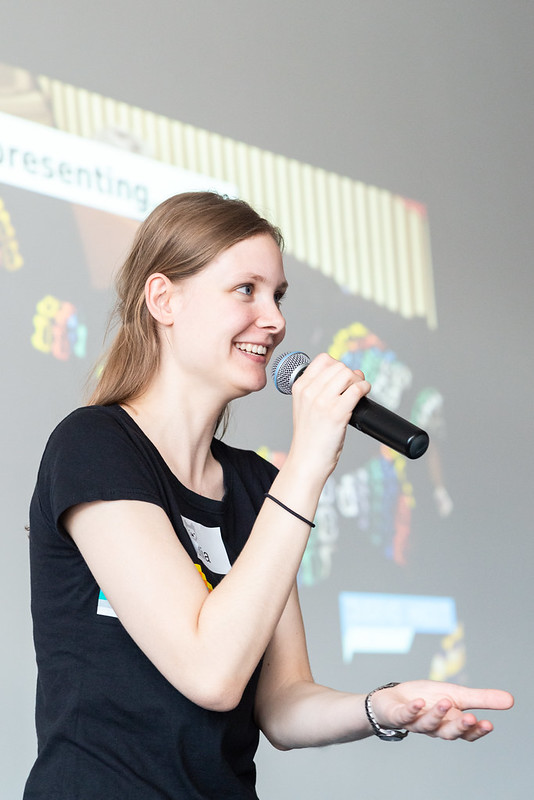 Julia had already taken part in the Wikidata weekend at the Verschwörhaus in 2019 and knows Hackathons mainly from her role as a mentor at Jugend Hackt. She taught herself how to code and had thought of a project of her own in advance, which she tinkered with over the weekend. She liked the virtual format very much, because she sees herself as an autodidact and also knew many of the participants already. “Last year, Wikidata was still new to me, so it would have been a bit more difficult to work everything out. This year, however, I already knew who to contact if I had any questions and got very helpful tips”.

Julia’s project is a visualization of the influence of town twinning on the spread of foreign languages. “I have a strong affinity with France myself and wanted to know if this is due to the region where I come from or if there are other reasons. So I want to find out through data visualization whether there are any connections.

During the weekend, she connected the JavaScript Library D3.js with the queries at Wikidata for an interactive representation of the connections. “I’m not quite satisfied with my visualization yet, but I’ve taken a big step forward and I’m keeping at it. Stay tuned – there’s more to come!” 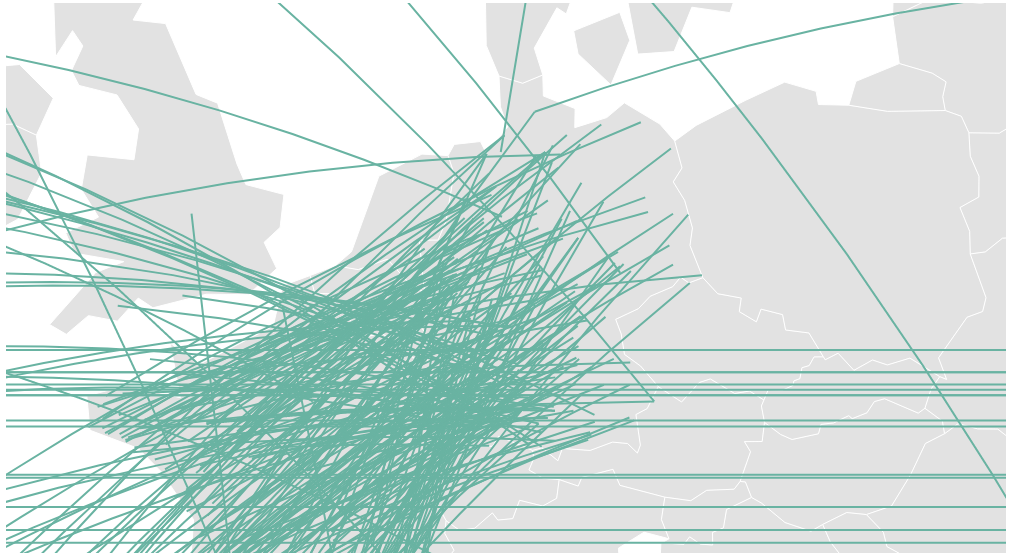 Work in progress: Julia’s application will use visualization to show whether town twinning has an impact on foreign language learning 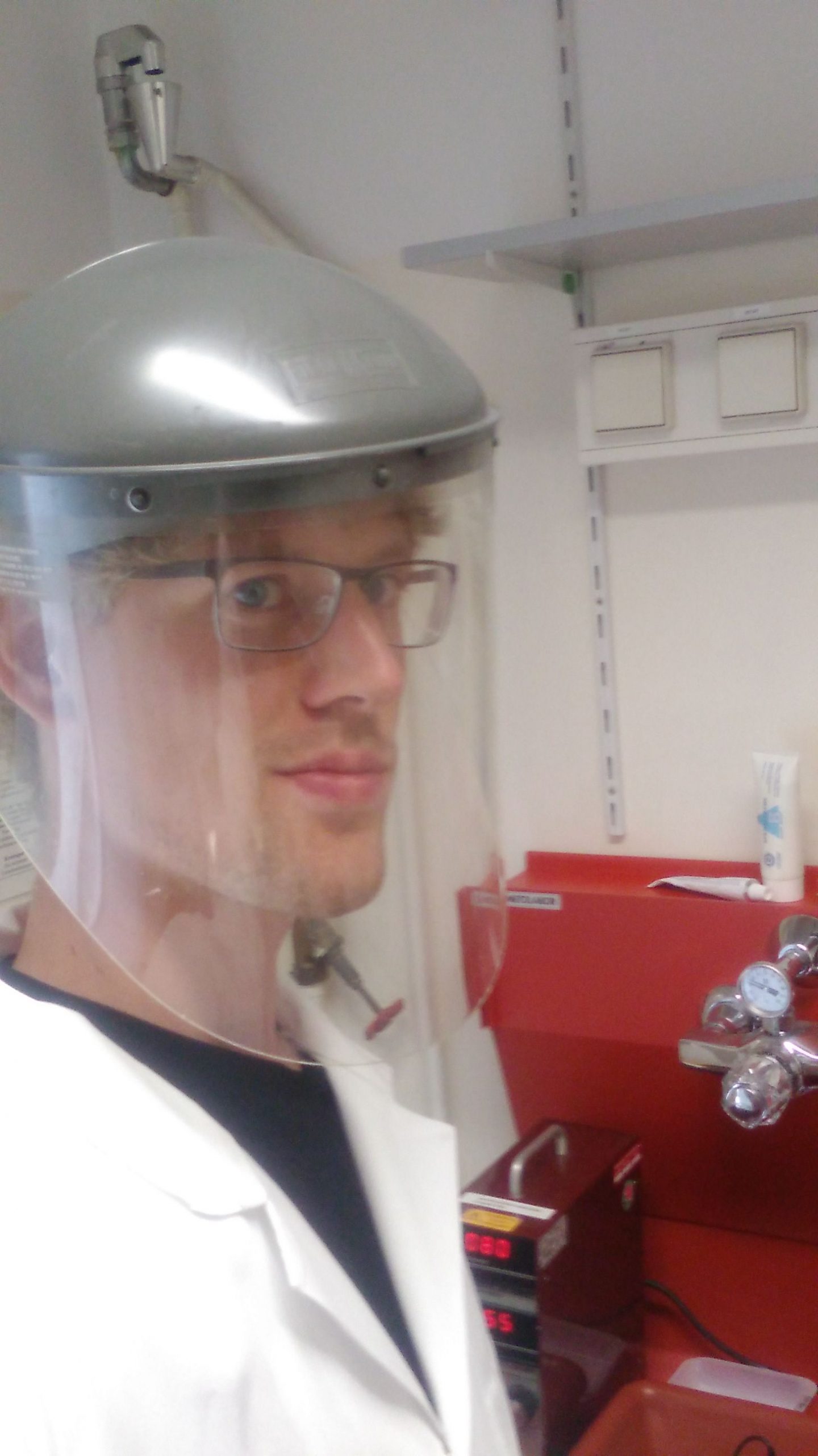 “I have spent many years of my life with this formula.” This is how Robert began his presentation and his plea for help to the Wikidata community. Robert wants to put the research data he collected himself for his PhD in biochemical engineering on Wikidata. In addition, he would like to encourage other researchers to do the same. He finds it problematic that the records of the experiments are hardly ever published in the form of laboratory books. Only the finished research results are published in the form of papers. In those papers, however, the data is only rarely freely accessible.

“I can’t match the way data is handled in science with my personal principles. Therefore, I want to bring researchers together and improve interoperability.”

During the Wikidata weekend, he asked the community for help and got the tip to create a project page on the “Science – Chemistry” page. Here you can enter properties, i.e. the properties of a data set, but the content of Robert’s research was not yet represented. Therefore, he started a discussion why “his” formula should be listed. He received his first reply while the Wikidata weekend was still on. He now hopes to meet more researchers* in the discussion and thus to be able to put more data on Wikidata. This should not only happen as an isolated initiative of an individual, but in community consensus.

“For me the weekend was super interesting. I learned a lot and realized that there is much more I could learn. There are countless pages on Wikidata that want to be discovered. I hope that together with the community, I can make some progress in the near future!”

Hackathon feeling at a virtual event

For the organizer Léa Lacroix, the digital Wikidata weekend was a new challenge: “We wanted to encourage cooperation between people working on projects in groups. Forming project groups, a task that can also be a challenge when an event is held locally, was even more difficult to achieve remotely.”

That’s why digital tools and formats were used to create space for informal conversations and a sense of community, for example by sharing pictures of the surroundings or meals. Several people also used the opportunity to organize spontaneous workshops and present additional content, or to lead discussions.

In order to make the “hackathon feeling” possible in a digital format as well, there was an open evening programme, with a games evening on the first evening on the “Partykeller” channel. On the second evening, participants were invited to a piano concert, where the Wikidata logo was also presented musically.

At the end of the weekend, the participants were able to present their projects in showcases. The Wikidata projects of Julia, Christian and Robert as well as other projects like a TelegramWikidata Bot, modelling of data of the cultural hackathon Coding Da Vinci with OpenRefine and many more are documented here.

Léa Lacroix and Merle von Wittich have learned a lot from the Wikidata weekend: “At the next digital events, we want to pay even more attention to enabling the exchange and cooperation of the participants. We also want to focus more on the topic of diversity and inclusiveness so that all voices are equally represented on the digital channels”.