A Stage-Win for All of Us

Today, the European Parliament voted against a controversial draft Copyright Directive. Thrilling to the end, finally 328 against 278 with 31 abstentions. The road so far and what’s still at stake. 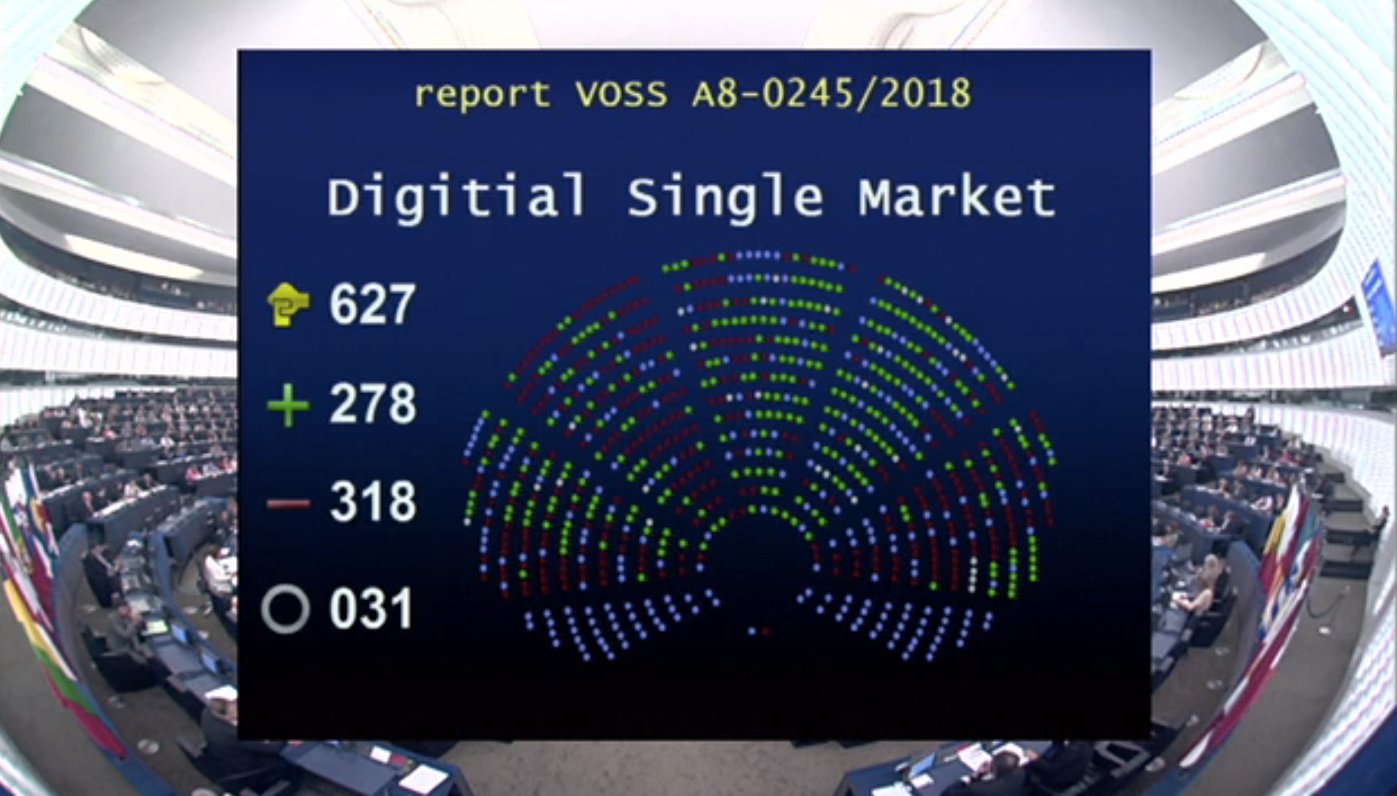 So there won’t be an EU copyright reform now?

It will most likely be implemented. It’s necessary. The achievement today is: the proposal of the Committee on Legal Affairs will not be rushed straight through to the trilogue, the mediation committee of the EU institutions, without a transparent parliamentary debate. We, aside many others, see too many vulnerabilities in this proposal.

Does today’s decision come at the expense of the livelihood of creatives?

This conflict is a fictional one. Creative people should receive an adequate share of the revenues of collecting societies, whether that be the traditional industries or new players such as digital platforms. The market dominance of individual companies should be suppressed through instruments such as cartel, competition and tax law. In times of the Internet, copyright extends extremely far into people’s everyday lives and the social collateral damage of new regulations must not be ignored by policy-makers.

How was this majority achieved?

There were 850,000 signatures to a petition and a flood of e-mails with little precedent in this magnitude. In particular, individual mails and calls to MEPs, the offices reported, have made an impact. Twitter activism and media attention also contributed in large parts. Unfortunately, there were also unsightly personal attacks and insults and also defamation and unfounded allegations. From now on, we hope to work together with all concerned parties to strengthen the enforcement of copyright by authors without any collateral damage for SMEs, artists, or freedom of expression.

Did the wiki communities contribute to today’s results?

There were many initiatives, in which numerous Wikimedia chapters have been involved. Behind the scenes, we also created images, both in language and in graphics, conducted discussions and presented information papers. In the last few days before the vote, however, the protest became particularly effective through the involvement of many Wikipedias. The respective communities have set a signal that was hugely impressive.

This has clearly contributed to the result. Without going too much into detail: We can name a number of MEPs who, after launching the banners and blackouts, have either made known or even changed their positions in favor of today’s outcome.

In the end, there must not be an obligation to scan all of users’ Internet traffic. In addition, the regulations must be future-proof. We want good rules instead of many exceptions. We hope that the European Parliament will address, in particular Articles 3 (text and data mining), Article 11 (ancillary copyright), Article 13 (liability regime and upload filters) and finally harmonize freedom of panorama throughout Europe.

This should do the trick!

The compromise formula of rapporteur MEP Catherine Stihler, in charge of Article 13, has already been approved by the Internal Market Committee (IMCO) and the Committee on Civil Liberties, Justice and Home Affairs (LIBE). The same should be done by the European Parliament. Article 13 would then be much less problematic without letting the platforms off the hook.

An even better approach improves the author’s position without changing the liability system of the network: An API requirement for market-dominant platforms. These very big players (YouTube, Facebook and others) would then have to offer special interfaces to their systems, which allow rights-holders to search for copyright infringements directly at the database level and – after the upload, not before – to eventually mark material for deletion.

In September, after Parliament has decided on the IMCO version of the legislative proposal, or on individual amendments or a whole new text, the law goes into negotiations with the Council of the EU and the EU Commission, into the so-called trilogue.

Both institutions have already voted in favor of an ancillary copyright and upload filter. In the case of two against one, the outcome of the trilogue negotiations may end up being significantly worse than the proposal that has failed in Parliament today. Afterwards, the parliament decides again, then in second reading, about this result of the trilogue. Then, changes are possible again, but very unlikely. Finally, the reform is either adopted as it comes out of the trilogue or completely discarded. Another round of trilogues is conceivable, but also unlikely.