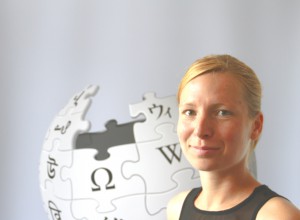 The Wikidata team has a new member. We’re thrilled to have Anja Jentzsch join the team as a software engineer. She will focus on quality assurance and the deployment process. This means she will will focus the team on quality and help with everything that is needed to get Wikidata up and running.

Anja, what brought you to Wikidata?

Having worked on DBpedia and the Web of Data since 2008, I am very interested in Wikidata as the new structured data hub on the Web. In 2011 I attended the Wikimedia Data Summit to discuss (together with the Wikimedia Foundation, Freebase and possible sponsors) the possibility of a data wiki for Wikipedia. This later lead to Wikidata. The last project I was working on ended and I am more than excited to join the Wikidata team.

You’re also active in DBpedia. Can you tell us a bit about that?

DBpedia is the Linked Data version of Wikipedia and was one of the first data sets on the Web of Data. It is being published since 2008 by Freie Universität Berlin and Universität Leipzig in cooperation with OpenLink Software. What it basically does is take information out of the Wikipedia articles and publishes it as structured data for third parties to work with. By now there is a huge coverage of mappings from Wikipedia templates to the DBpedia ontology for 24 Wikipedias.

(For more information about the relation between DBpedia and Wikidata see these notes.)

What will be your task in the Wikidata project?

I am one of the software developers and am mainly responsible for quality assurance and release management. So my main tasks will be to improve the overall test coverage and process as well as pushing the three Wikidata deployment phases forward.

What are you looking forward to most for when Wikidata is finished?

I am looking forward to the reception of Wikidata amongst Wikipedia editors. I am excited about all the data-driven projects and tools that will be possible. But I am even more excited about the possibilities of improving the editing process and data consumption in Wikipedia.